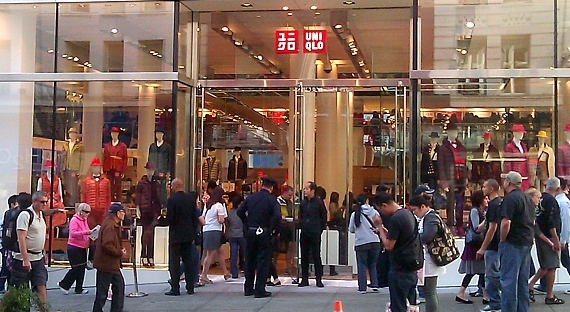 At 23:50 pm, November 10th (local time and date in Beijin), a few minutes to start the madness and internet crash, I would like to share with you what is recently happening in China that I find interesting by the consumerist content that at the same time seeks to merge with a traditional society. Th e last few days, at least in Beijin, nothing more to talk than 11/11.

Initially, a school partner, Chinese language partner, invited me to an event in his faculty and the first thing he said was that the event is made each year to celebrate the day of the singles (those without a special someone, coupled with other activities such as traditional online shopping, leaving me surprised and then full of doubts which were difficult to ask because of the language barrier (his limited English and my limited Chinese) that couldn´t be resolved). Obviously, once with so much uncertainty in mi mind and a fascinating curiosity to know what my language partner was talking about, I decided to investigate a little about this celebration. Moreover also I heard in my university too many young foreign and Chinese students starting to be prepared for the 11/11 because on that date the prices of countless online products turn widely low, making it possible to find offers up to 80% off. That´s when I gave myself the task of researching on this topic.

Single Days in China began in the 90s as an ambiguous holiday without much importance, even not nationally, however, it became a massive consumer phenomenon for companies such as Alibaba Group Holding Ltd. As others engaged in the online products selling for just the November 11th each year, companies send to the market it´s products at very low price; many of them at half price or even less. This appears to mark the day of singles. This day was chosen because the date 11/11 refers to “bare branches”, the Chinese term for singles.

The day of the singles was born as an alternative to Valentine because obviously if there´s a day for love, why would I stay at home depressed if I can also celebrate being single? (Which by the way, it is noteworthy that China is such a traditional country that society puts a lot of pressure to the young people to find a special someone and get married as soon as possible, if not, they can be considered as left behind, especially women that reaches age of 25 to 26 years that they start worrying about not having a love partner.

Well, what a better way to celebrate being single than taking it as an excuse to party! or also as the highest expression of consumerism by foreign and Chinese netizens residing in China. Many get glued at the computer ready to get the best deals in the market from the first to the last minute.

The hundreds of items at auction companies offering online sales as Alibababa, Tabao, JB, Yetang, among many others that have been added to the party of singleness offer discounts on their web site for 24hrsand undoubtedly exceeded sales expectations. Just last year reached a new record getting to sell products worth over $1,000 million dollars just in the three minutes of sale, regardless the total sales of the day close to $ 57.100 billion yuan ($9.ooo billion US dollars). The companies together with the crazy for sales young people have made this day a great day for online consumerism.