Second hand clothes have a very negative perception in Mexico, it is considered to be low quality, unfashionable and ugly therefore cheap. Even though Vintage stores are mainly selling old clothes that you don´t really know where they were, just saying something is second handed is not the best attribute.

Luckily this business is arousing in Mexico and Mano Santa is an excellent example of how following your ideals and giving the right approach will make you succeed. 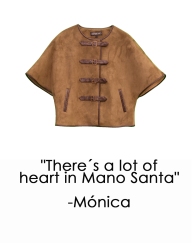 This second hand store is dedicated to fashion, but in a much more responsable way:They recycle, reuse, exchange and sell clothes according to how worn they are.Their main goal is to erase this second hand prejudice  to make people change their consumption habits and as a consequence help reduce waste and pollution generated by the manufacture of clothing.

Be part of the solution is the motto. The milennial thought of practice and promote responsible consumption harming the planet as little as possible is completely part of the brand and what can be better than giving you the opportunity to get rid of clothes that you don´t longer use (or did never use) either donating them to someone in need or selling them as part of Mano Santa´s catalog. 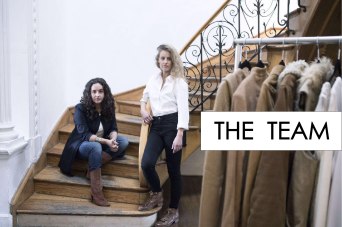 A year ago Emilia and Mónica met in a friend´s party, they started talking about their fashion love and their fidgets about it. Believe it or not, Mónica was a garment collector and after an exhausting wardrobe cleaning, Mano Santa was born.

First they started experimenting with themselves, friends and family; looking what they liked and looking how could people be attracted to the second hand idea and then suddenly the first Pop Store happened. The best experiences of customer satisfaction, asking about the ethical movement behind it and finding people with the same interest have been repeating since then.

“Holy Hand” is the name´s meaning they chose and it can´t be better: It summarizes the feeling of joy and satisfaction of finding THE PIECE among a pile of caos with your precious hand, the treasure find that you will rock for now until you give it a new purpose.

I asked them who they admire the most and after a few minutes of thinking (because they didn´t expect that question) Mónica realised it was her business partner and friend Emilia. She is her accomplice that gives her structure and makes her feel in the right path. Emilia said it was her mom (with no commitment about making mo
m happy) because she gives magic to her world and sees her as the most amazing person ever.

What´s next? Be placed as the main second hand clothing platform with more movement and active information. A stronger and larger platform with greater reach in the country

All I can say is that Mano Santa has more than two amazing women running the business, they are powerful girls willing to change the world with an enormous backup of stylish customers behind. that support their philosophy.

One thought on “Mano Santa”